In Conversation with Bikepackers Sami & Anthony

We all have different definitions of what it means to be free, but being out on the open road with just a bike and a pack is high on our list.

For Sami Sauri, the definition of freedom is her bike. In theory, she lives in Girona, a town northeast of Barcelona, Spain, but in reality, her home is the road. Sami seeks out as many adventures on two wheels as she can while juggling many different creative roles.

“Bikepacking, she says, is pure freedom for me and about as much fun as it’s possible to have.” 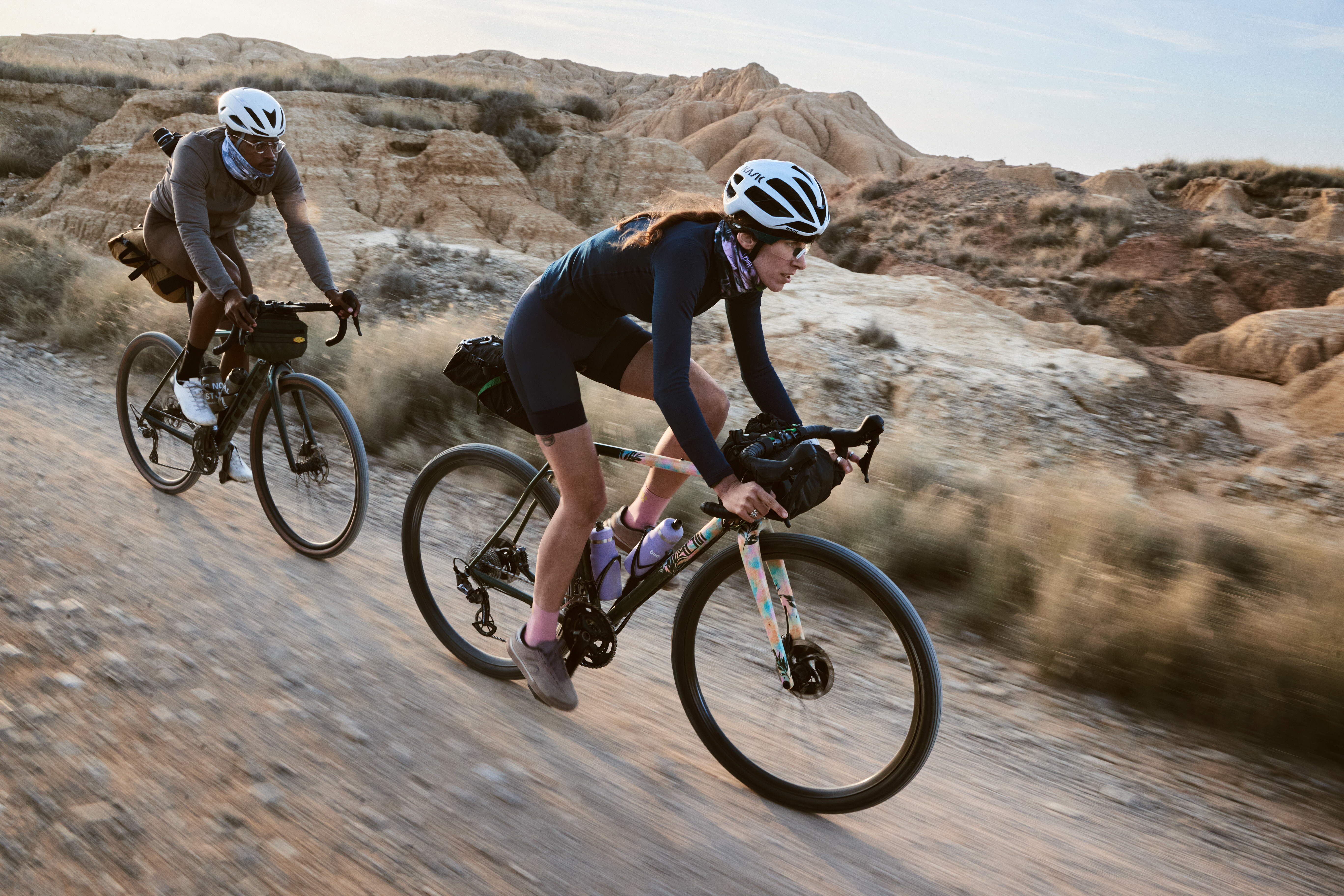 Put together her love of adventure and her cycling career, and it’s no surprise that bikepacking has become her life's passion. For her old friend, Anthony Richelot, an art director living in Paris, the chance to escape urban life is what's pushed him towards bike packing.

"There's something magical about cycling all day in wide-open spaces. You feel so small out there. It makes you feel you've received a gift from nature,” said Anthony.

The two cyclists and friends share a passion for bikepacking and a love of nature, but a different kind of cycling and environment brought them together as friends. When they first met, they were both competing on the fixed gear circuit. These days, their focus is on bikepacking rather than racing, and using it to create their own adventures. 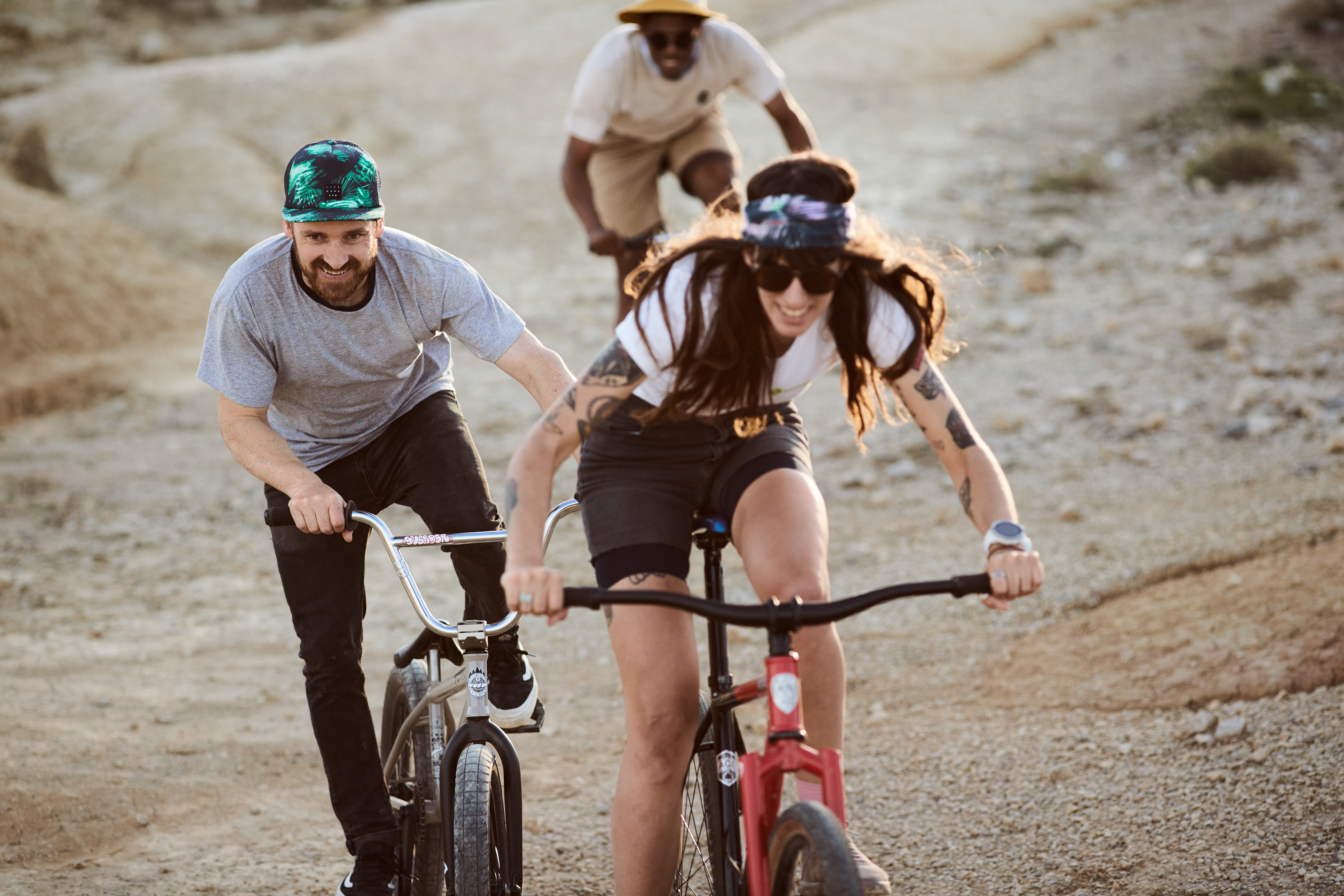 “We would always see each other in these cool cities to take part in the Criterions, so we would meet up in New York, London, Milan, or Barcelona. Apart from cycling, we always kind of gravitated to each other because we are both creatives that love to make films and take photos. So we had a creative bond as well as a cycling one. But we had always met at races. Our trip to Bardenas was our first chance to meet for fun, and we got to really connect in a different way,” said Sami.

Crossing the desert landscape of Bardenas was a chance for both of them to reflect on why bikepacking is about much more than sport, and on how in paring everything back to the essentials, they feel connected to the landscape and appreciate the simple things much more deeply.

In reflecting on their trip, Sami said, “being out in Bardenas, there is a moment when the sun hits the rocks, and all these colors appear from yellow, red, gray, and even green. I don't know if I can describe what that vibe is, but it’s a very special energy and one I really only get on my bike.”

Traveling light might be the bikepacker's motto; it’s never about taking the easy road when there’s a more challenging one to discover. Pushing the boundaries comes naturally to Sami and Anthony, and for them, the heat and dust were forgotten in the joy of the journey. 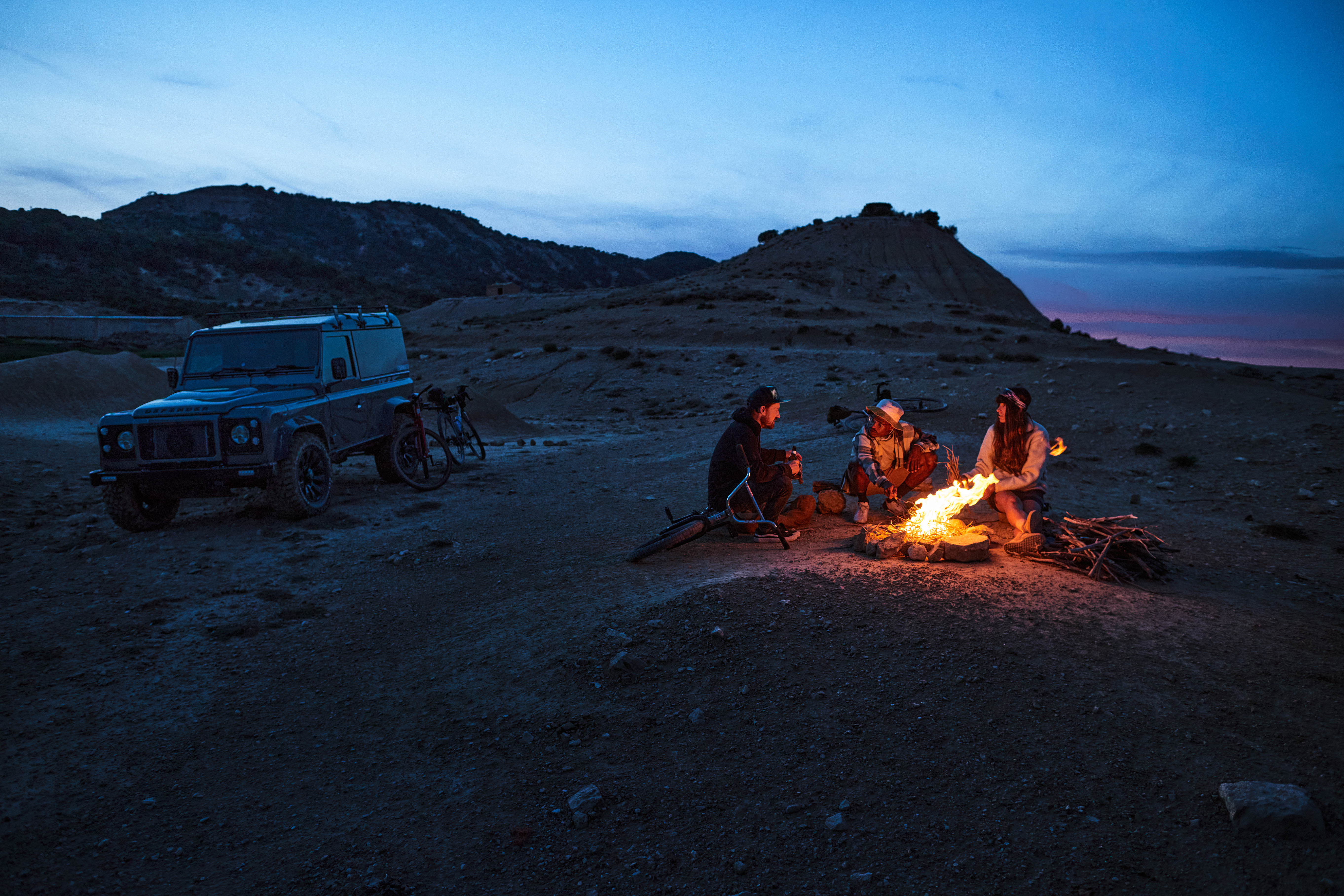 “We both took a lot of photos and video footage. There were so many beautiful moments," Anthony added.

Bikepacking can be all about the solo ride, but it has created friendships in unlikely places, and circumstances for many of us, a spider's web of connections spun on two wheels. In Bardenas, another friend of Sami’s, Stefan Lantschner, joined them for a chance to swap bikes and ride some circuits. Anthony had never met Stefan before, but in true bikepacking style, there was an immediate, easy bond between them.

On this connection, Anothy said, "it was epic! I felt an immediate connection with him. By the time we were sitting around the fire, he felt like an old friend. That's the magic in bikepacking trips. You make these deep connections to new people all the time. I love it."

Traveling by bike is, of course, not just good for mental and physical health, but a smart environmental choice. As more and more people reject airline travel, the bikepacking world will only expand as an obvious, sustainable way to see the world. The term "bikepacking" was first used in an article by National Geographic back in 1973 by Dan Burden to describe his ride across Alaska and Canada. Traveling and touring by bike goes back many years before that, but he is generally credited as the first person to use that name in print. Some people love to debate the difference between touring and bikepacking, but words and narrow definitions matter less than the joy of getting on your bike and hitting the trails.

“No other sport gives me the same amount of fun or freedom; bikepacking is just my way of life now," said Sami.

For us, bikepacking lies somewhere in that happy place that connects trail riding, backpacking, cycle touring, and camping. For Sami and Anthony, it is every bit as thrilling as their racing days were. A different kind of thrill for sure, but most definitely their shared happy place.

Planning a mountain expedition to a new place? Take a look at these three important lessons to make the most out of your upcoming adventure.
READ MORE

Since 2018, Buff Canada has been a proud supporter of Momentum Camps. Momentum Camps and Buff Canada share the same passion for the outdoors and strongly believe in engaging in adventures that makes us feel truly alive.
READ MORE
Jon Glassberg / 8-27-2021